Inspiration from a local artist

On the last day of the school year, we took one last trip up to the Foothills Arts Council. We take the kids there periodically to look at the artwork and to create their own art. The visit on Friday included a special treat, a Q&A session with local artist Geoffrey Walker. 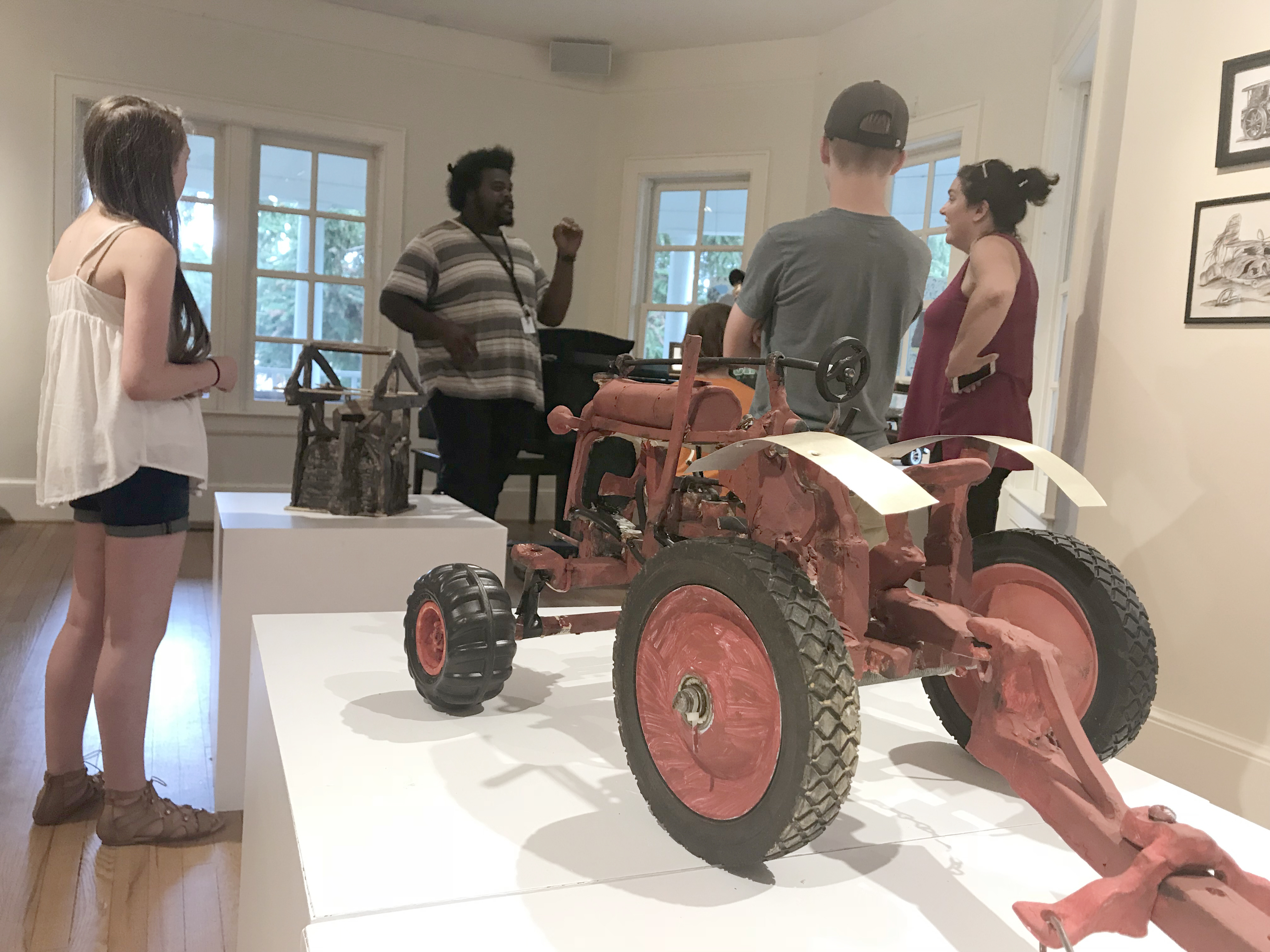 When we arrived, Geoffrey was casually playing the piano that sits in the gallery at the Foothills Arts Council. I don’t think all of kids immediately realized that he was the creator of the 2-D and 3-D artwork that is currently on exhibit. They began looking around and talking about the pieces they liked. Soon, Geoffrey began to engage them, telling them about his process and how he made the car (with a working engine!) which was of particular interest to the kids. 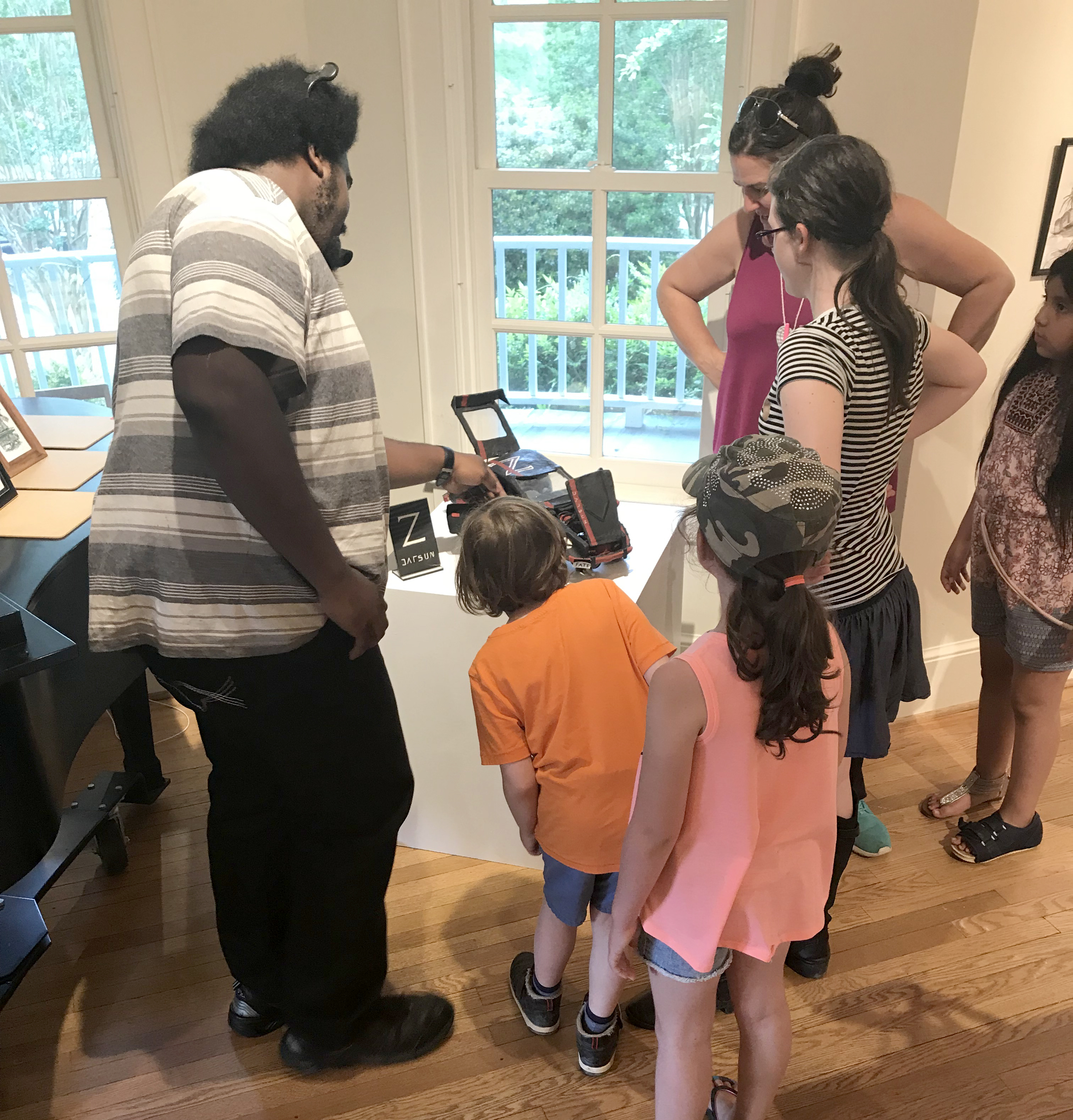 After we had all had time to look at the various pieces, we sat down for a more formal Q&A. Geoffrey talked about some of his larger pieces and how he works with clay. Then we came to his smaller figures. As soon as he told the children that these figures were actually characters that he invented as a part of a computer game that he is developing, hands went up in the air. 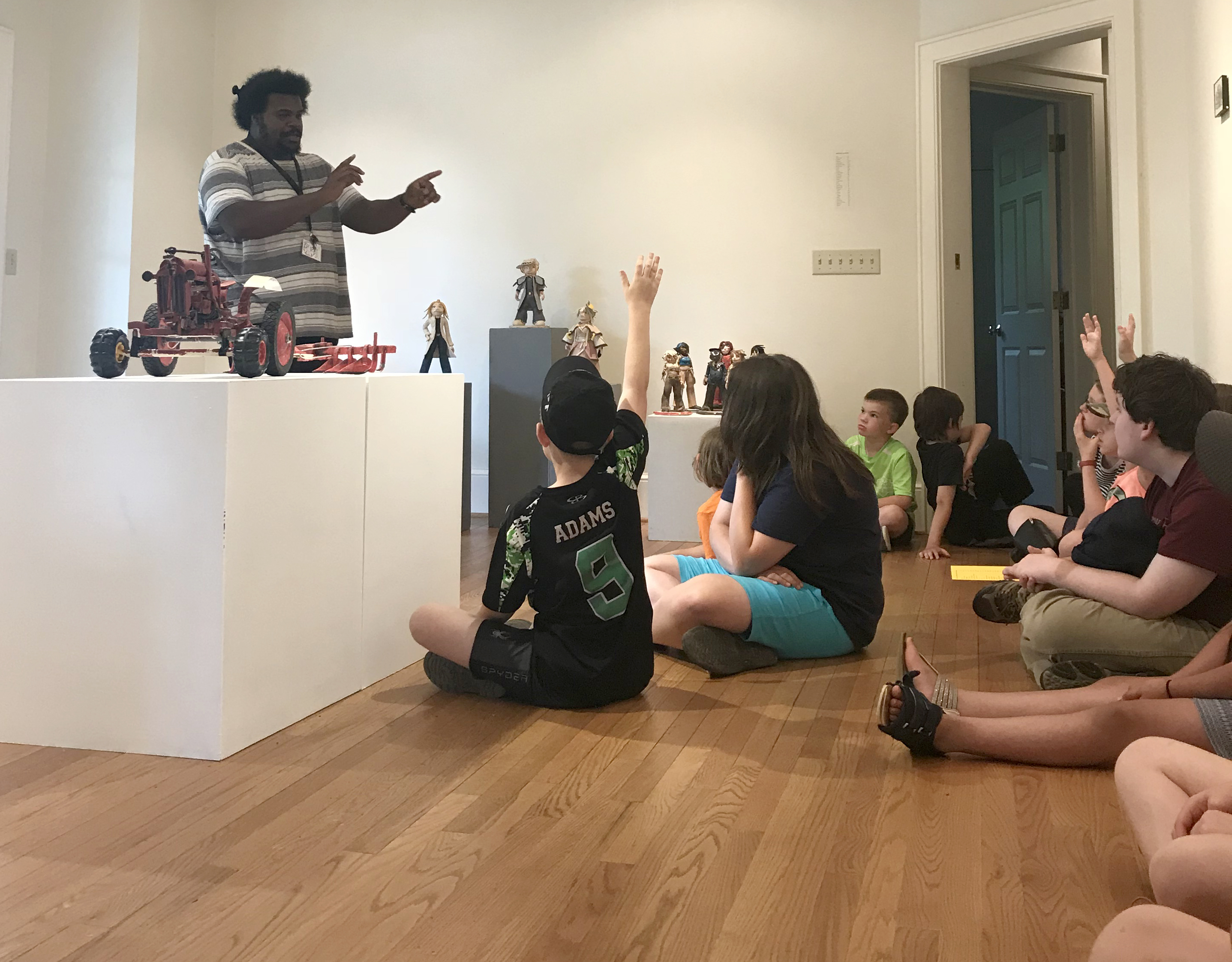 “What are her powers?”

“Which computer language are you using?” 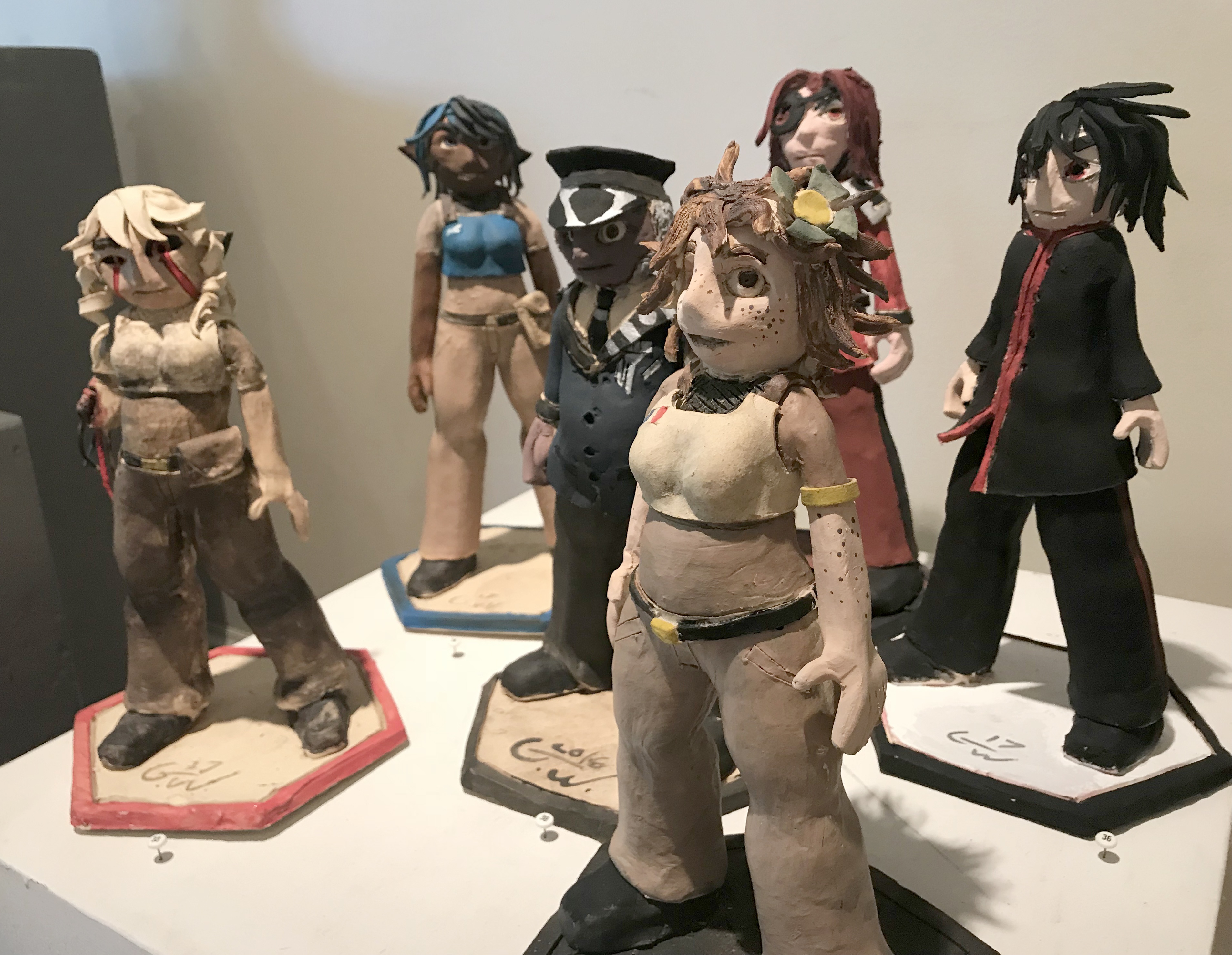