Home » Uncategorized » How does the digestive system work? »

How does the digestive system work?

The students are studying the human body this year. Having just finished the respiratory system, they are now moving on to the digestive system. Recently they had a hands-on lesson about the steps that take place during digestion, and I don’t think they will soon forget it.

First, the food is chewed. The cup represents the mouth. The kids used their fingers as the tongues. They found that it was hard for their cup/mouths to chew without teeth, but this was a good way to demonstrate how the food begins to be digested. 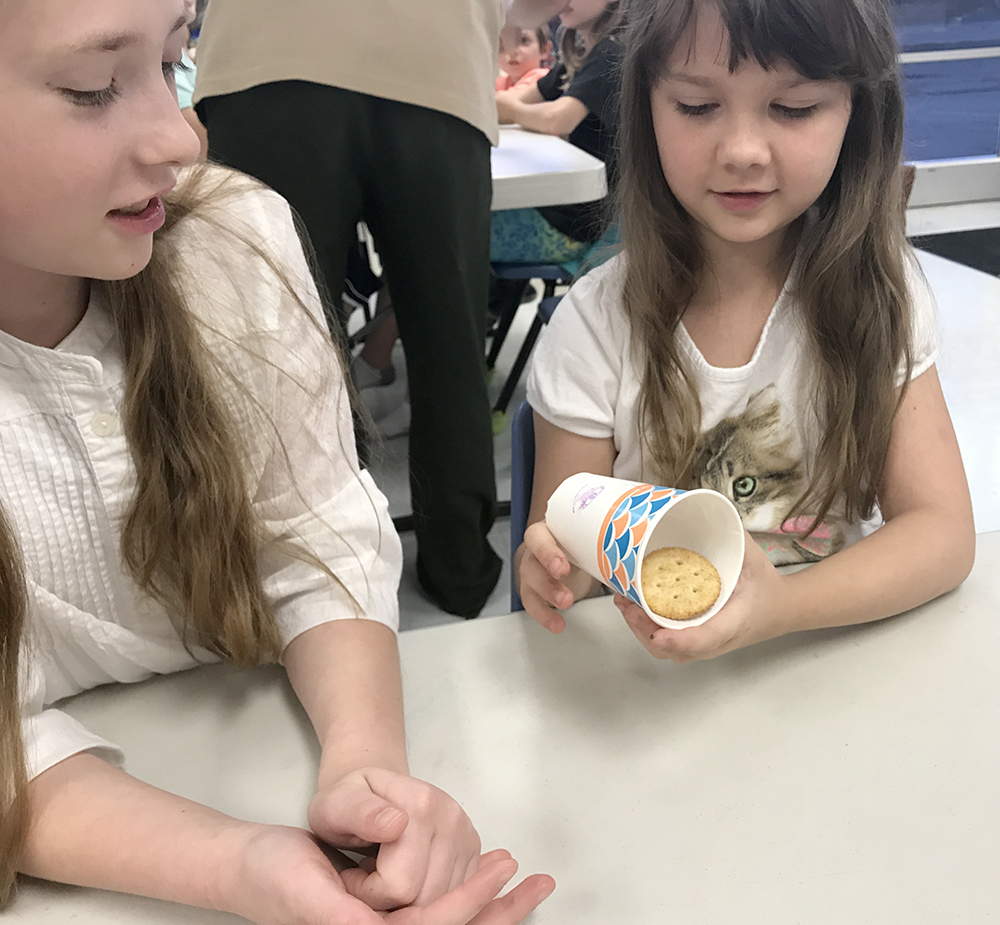 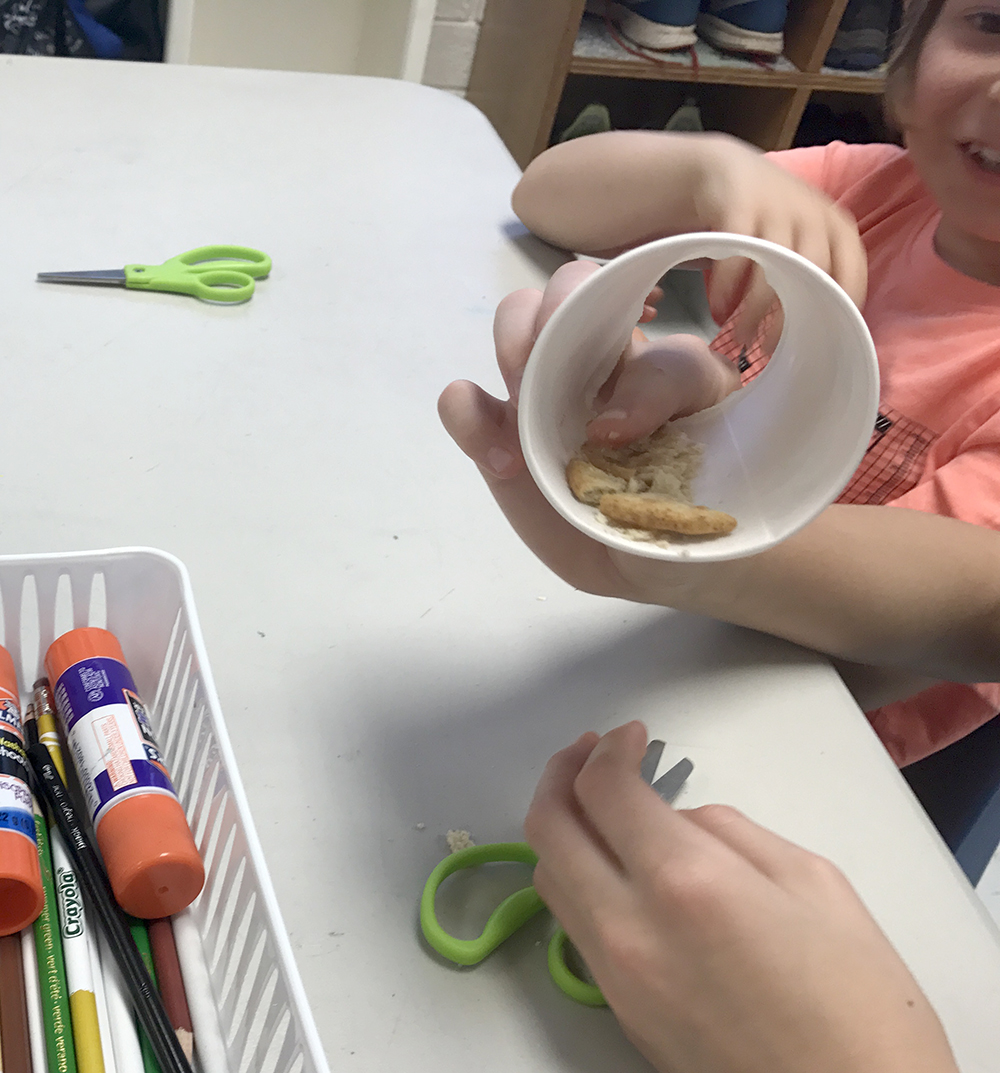 The food is mixed with saliva (water) and swallowed. It moves down the esophagus (paper towel tube) to the stomach (plastic bag). 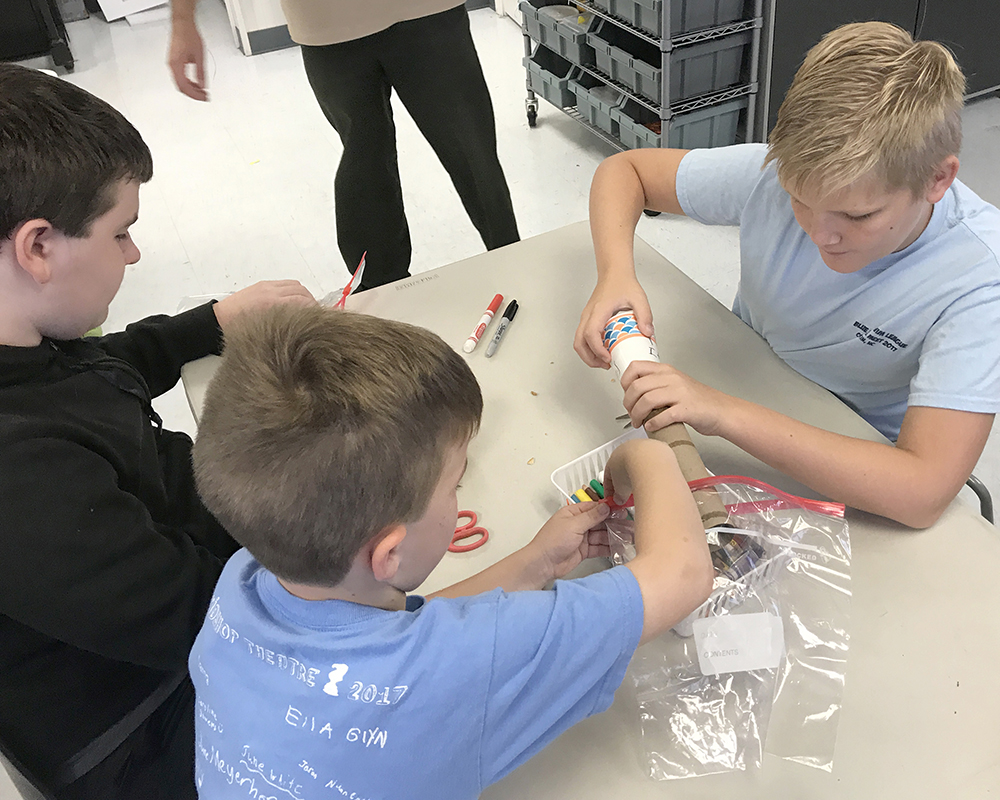 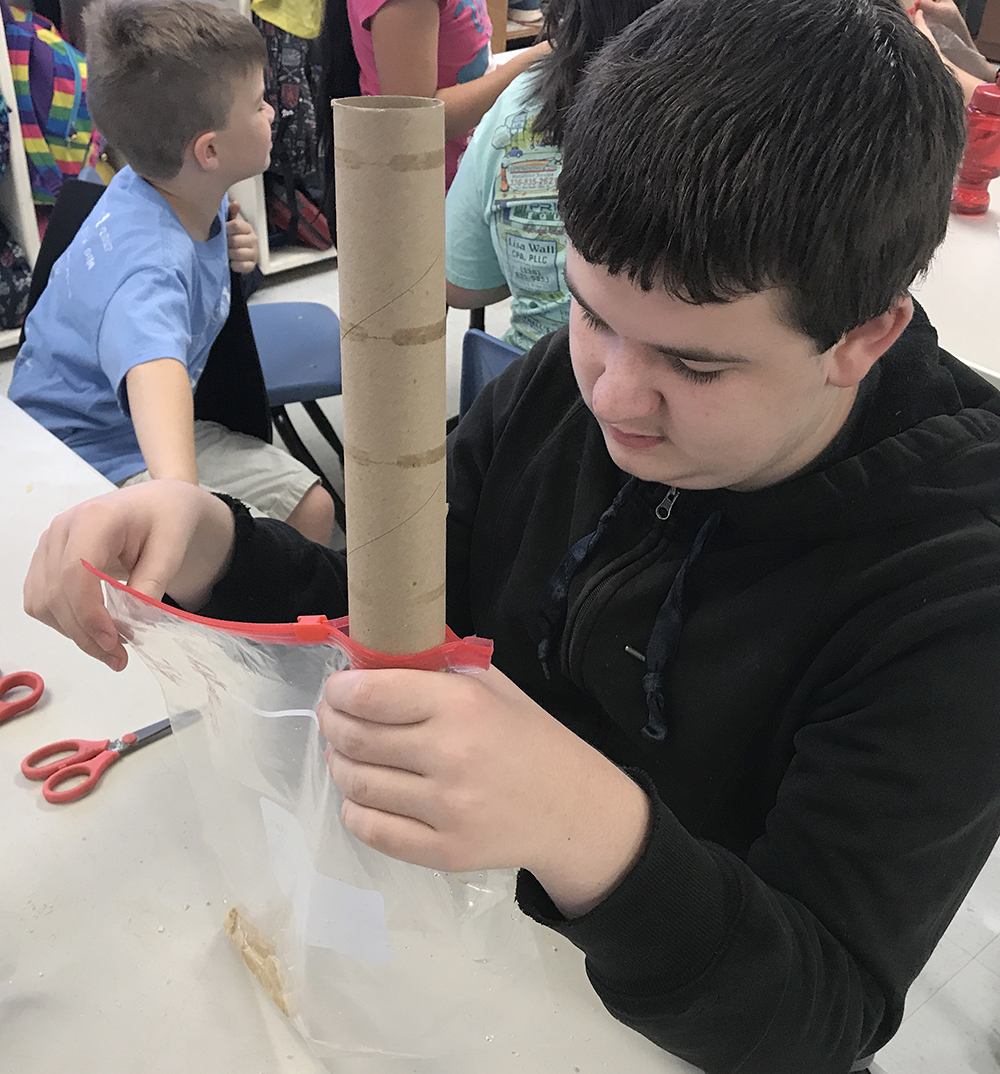 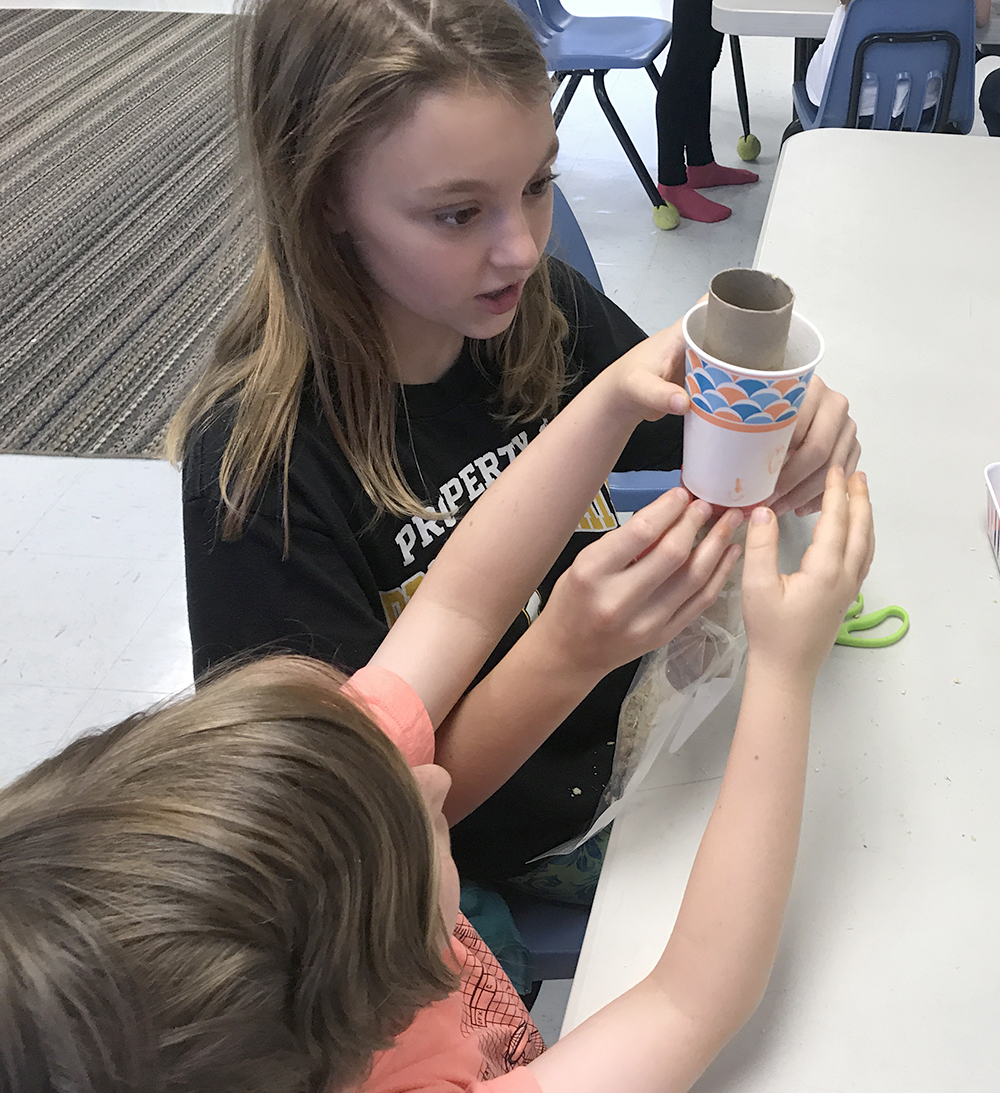 Once in the plastic bag/stomach the food (bananas and crackers were mixed with stomach acid (orange juice). The kids had to use their hands to manually break down the food, simulating the way that food is broken down over time in the stomach.

Next, the food moved into the small intestine (knee-high pantyhose). The knee-highs allowed the “nutrients” to be absorbed into the body. We used a paper bowl to represent the body to keep things from getting too messy.

The remainder of the food that is left after passing through the small intestine and can’t be used by the body, goes into the large intestine. It then leaves the body as waste through the rectum (paper cup with a hole in the bottom). 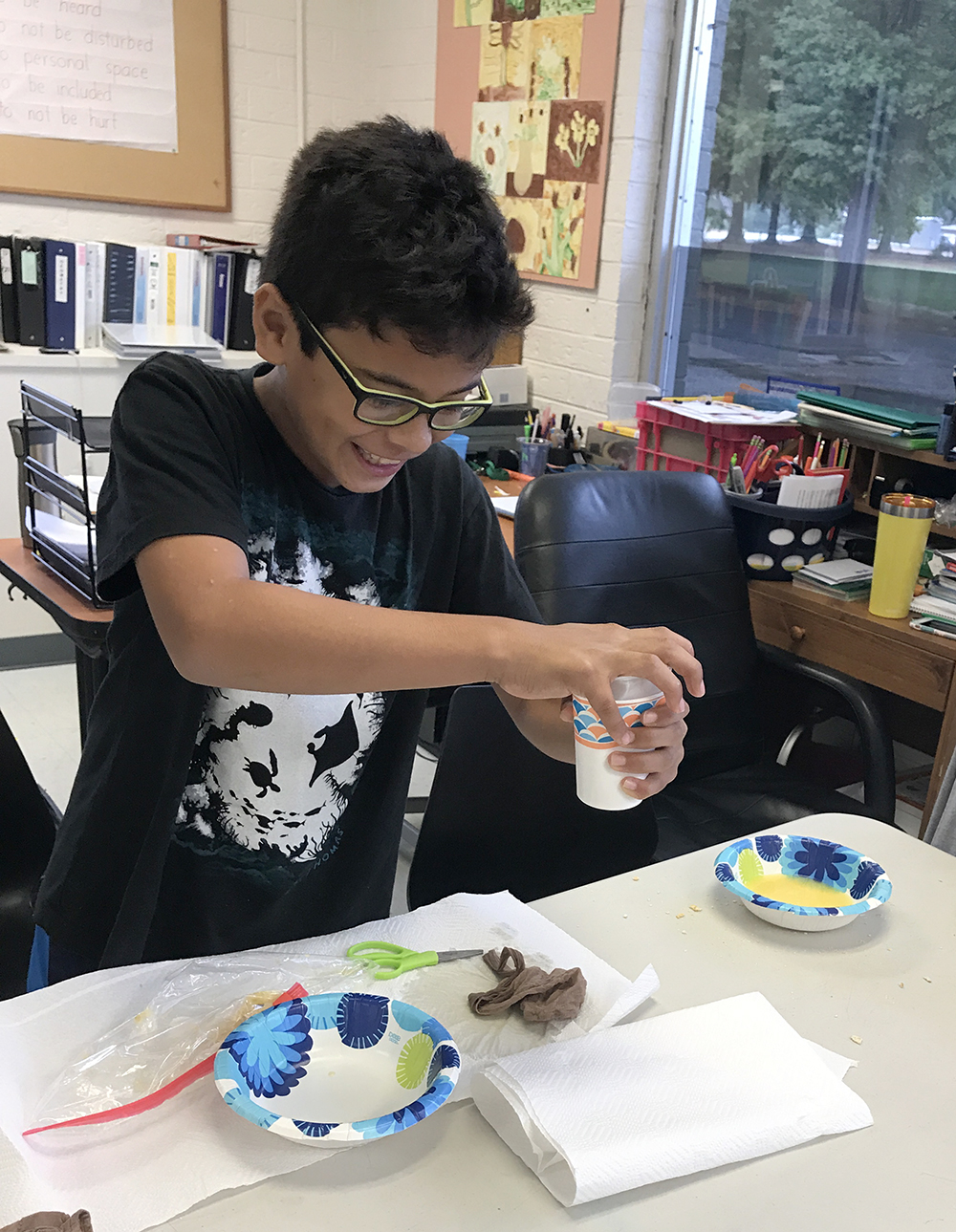