Escape Room For the Classroom

Our classroom “Escape Room” began with a fake newspaper article. The article set the scene and led them to first clue. The clue was written backwards, and it was assumed that the kids would hold it up to a mirror. Instead, they flipped it over and held it up to the window to read it. They read, “If Kim is teaching, we are probably here. Use water to make the next clue appear.”

This is the newspaper generator that was used to create the article. 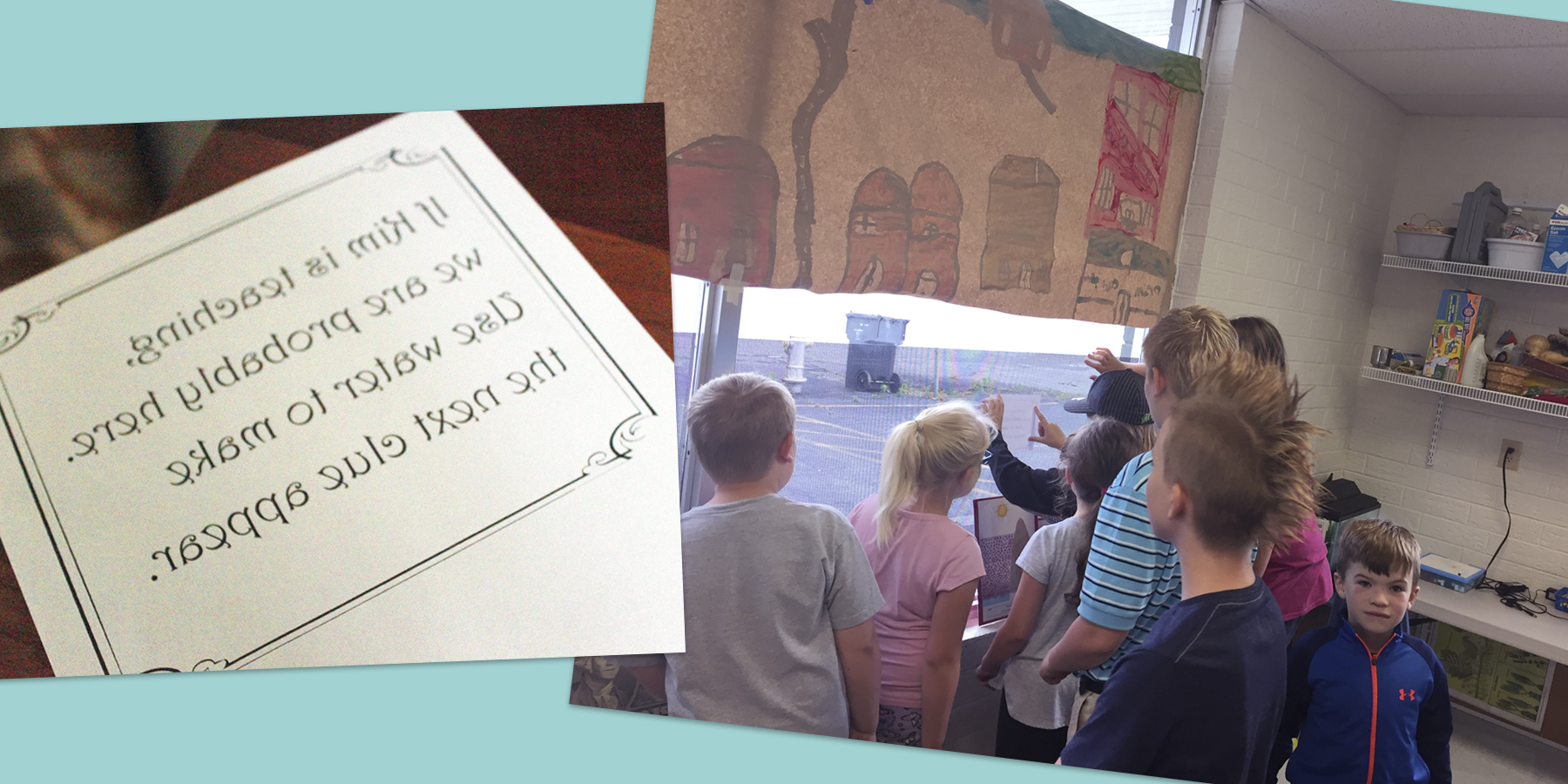 This clue led them to the art area of the classroom, which is where Kim would usually be teaching. There they found two pieces of paper that appeared to be blank. The clue had been written on the pieces of paper in a white crayon. They had to use water color to make it appear. 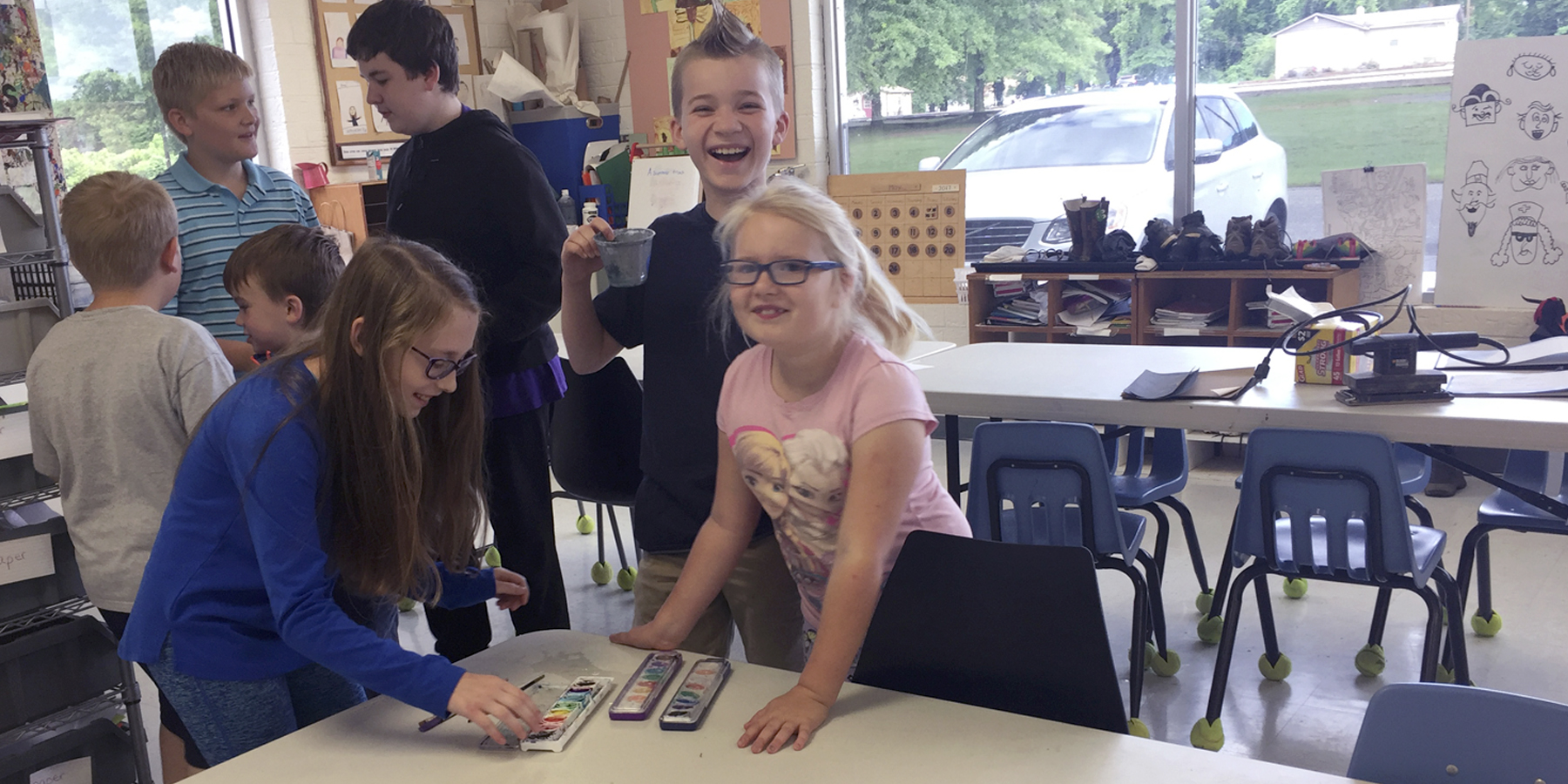 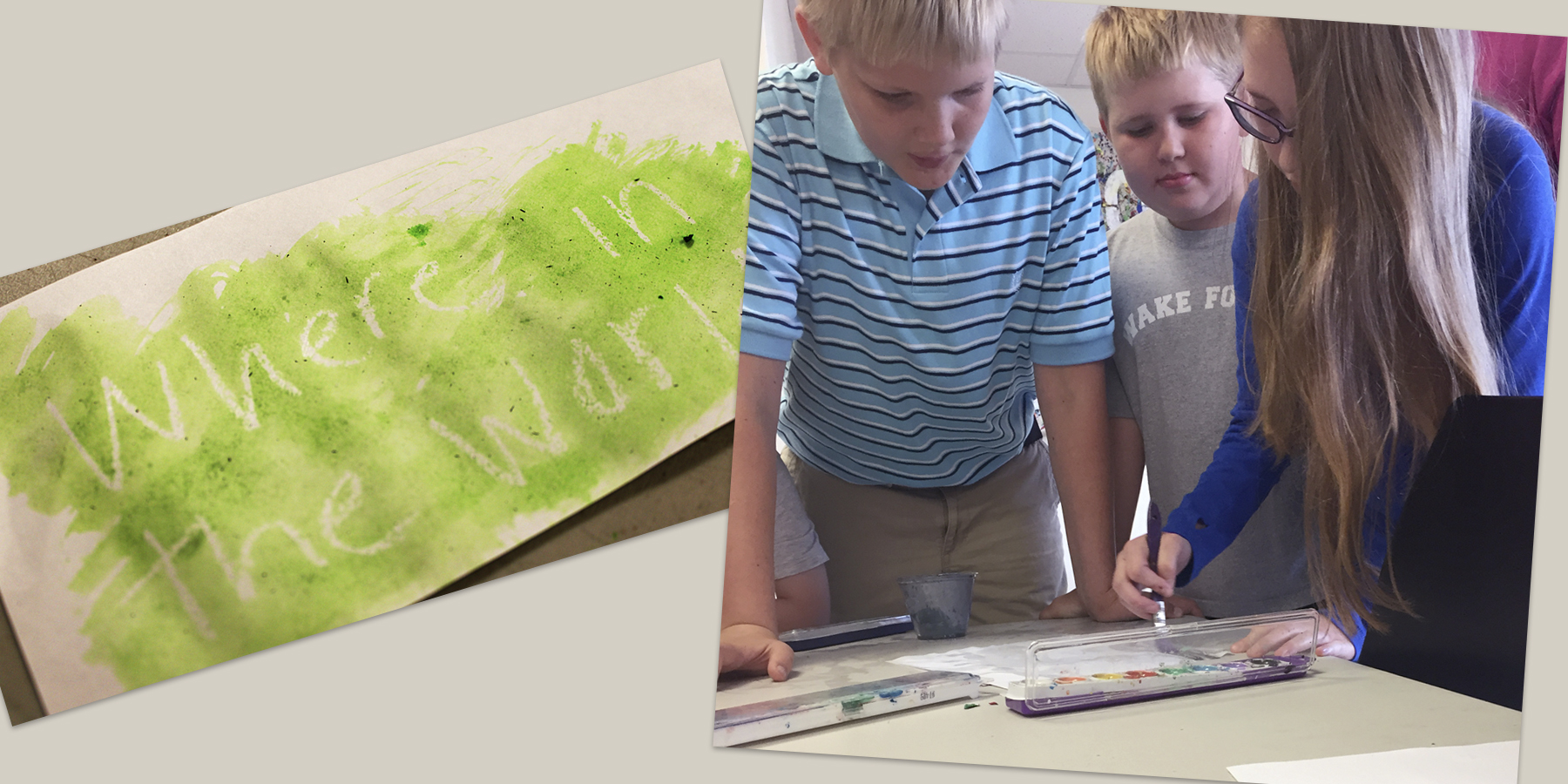 Once they made the clue visible by painting water color over the “invisible” text, they could see the words, “Where in the world would I find a rectangle with a sun sandwiched between two bars of blue”.  The word “world” gave them a hint that they should look in the geography area of the classroom. The rest of the clue was describing the flag of Argentina. 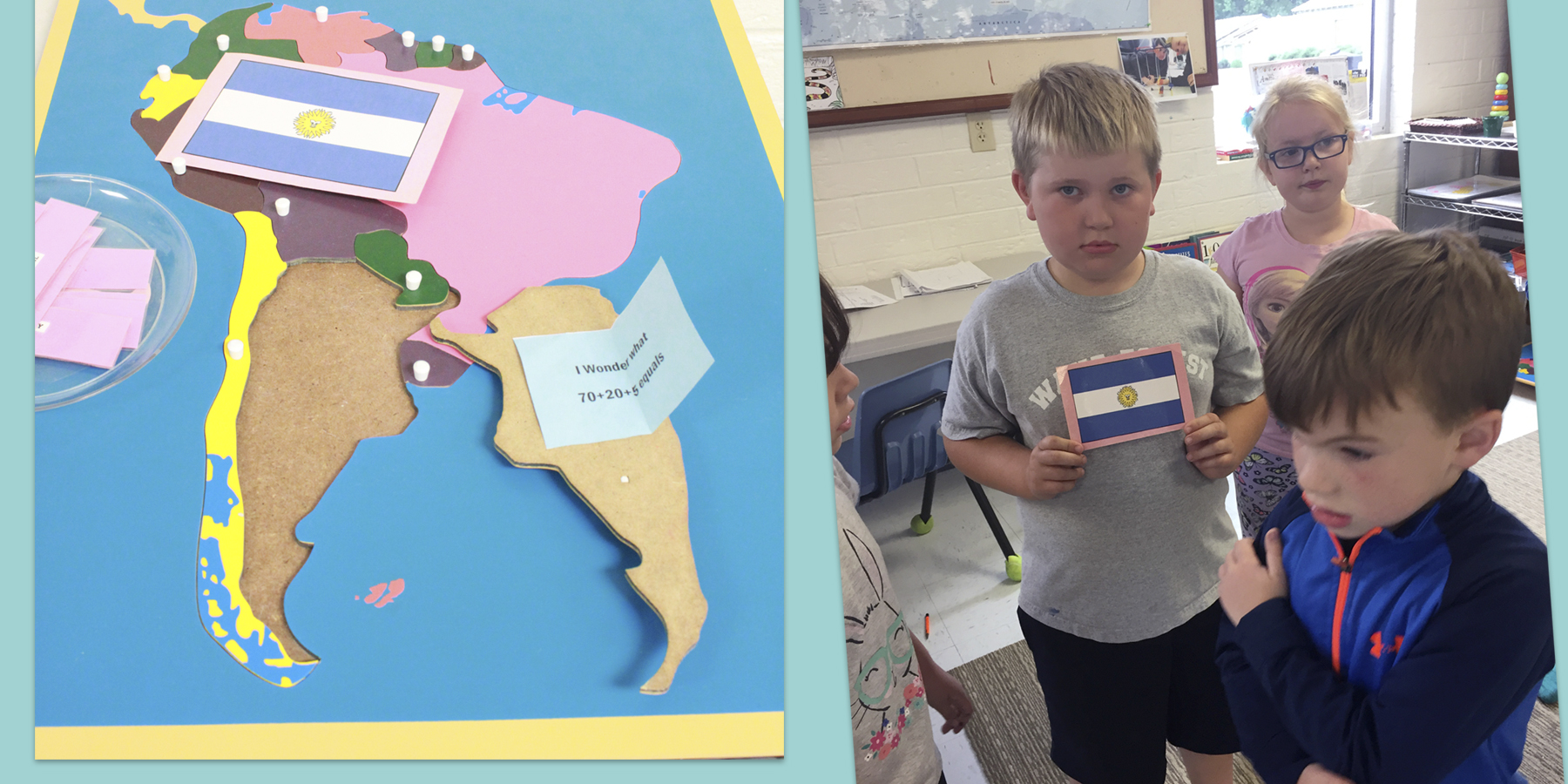 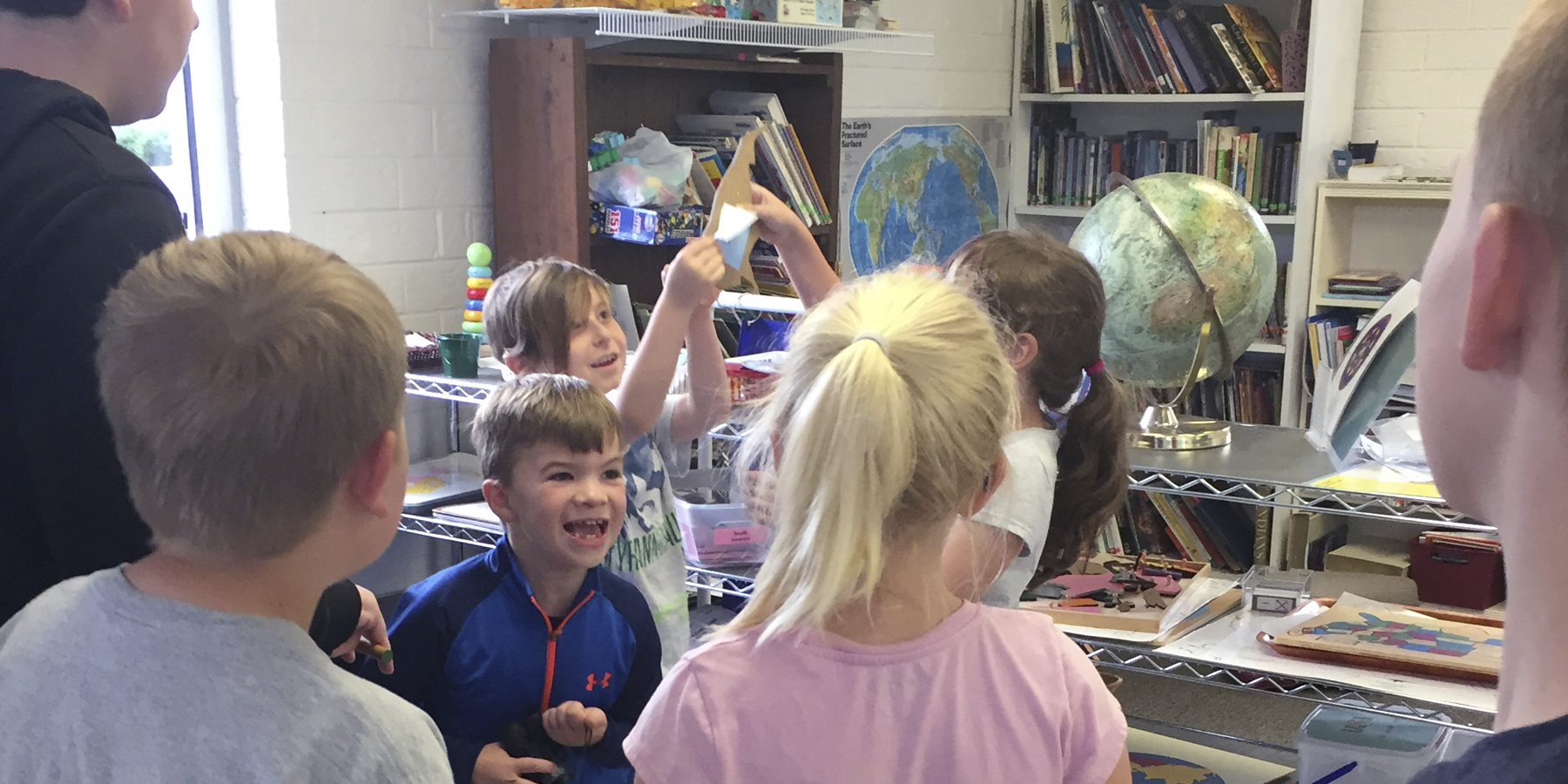 They figured out which flag the clue was referencing. Then they had to determine “where in the world” they would find that flag. In Argentina, of course. So they looked under the country of Argentina on the map to find the next clue. The clue they found read, “I Wonder what 70+20+5 equals”.  The color of the paper the clue was on was no coincidence. It referred to the the blue book jacket of Wonder, the book that the class was reading.  The answer to the math problem (95) was directing them to the page number. 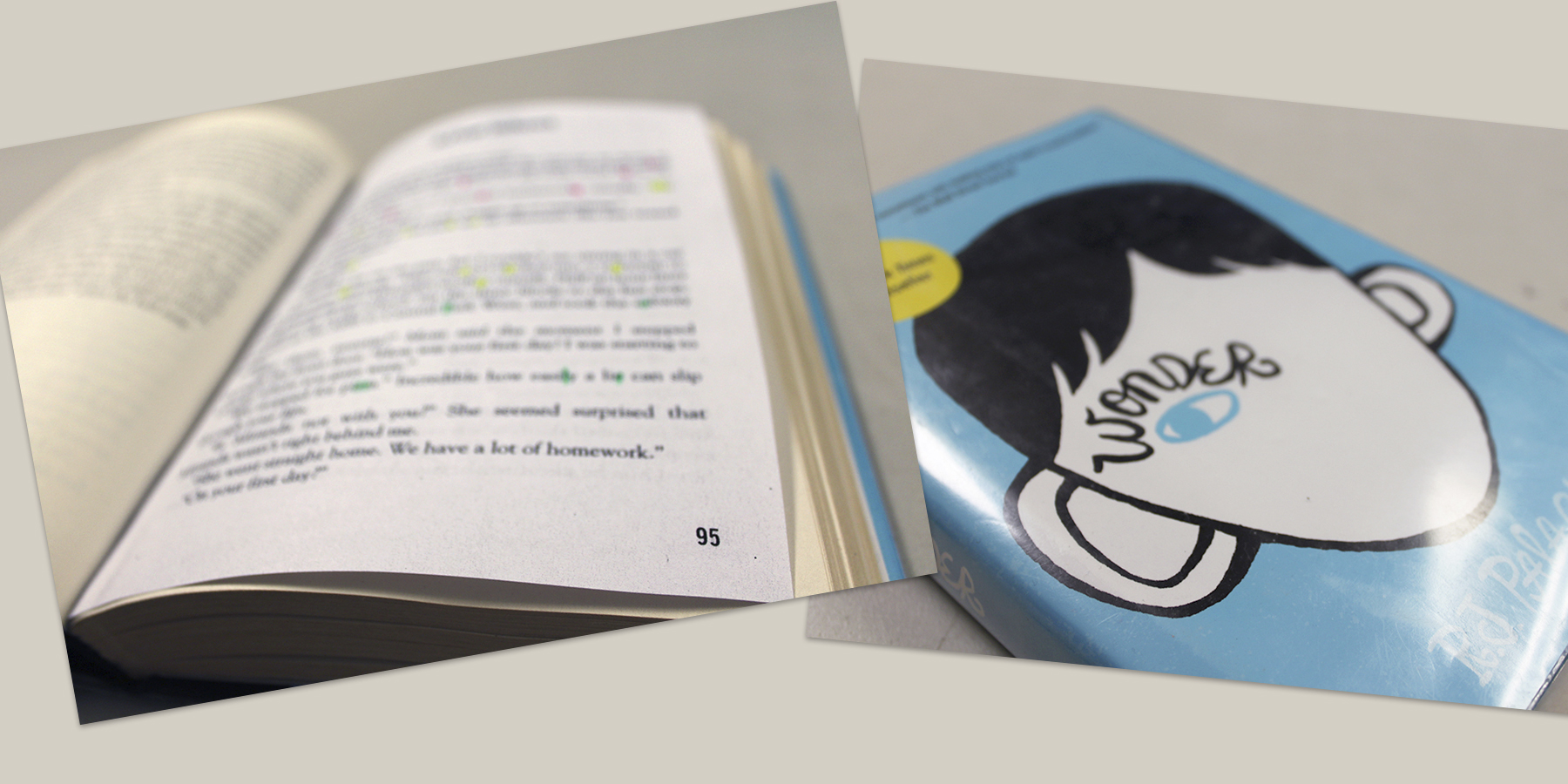 Finding page 95 in the book, the students saw certain letters highlighted. The letters spelled the words “library”, “Mickey Mouse”, and “puzzle”. In the library, there was a Mickey Mouse puzzle, the next clue. 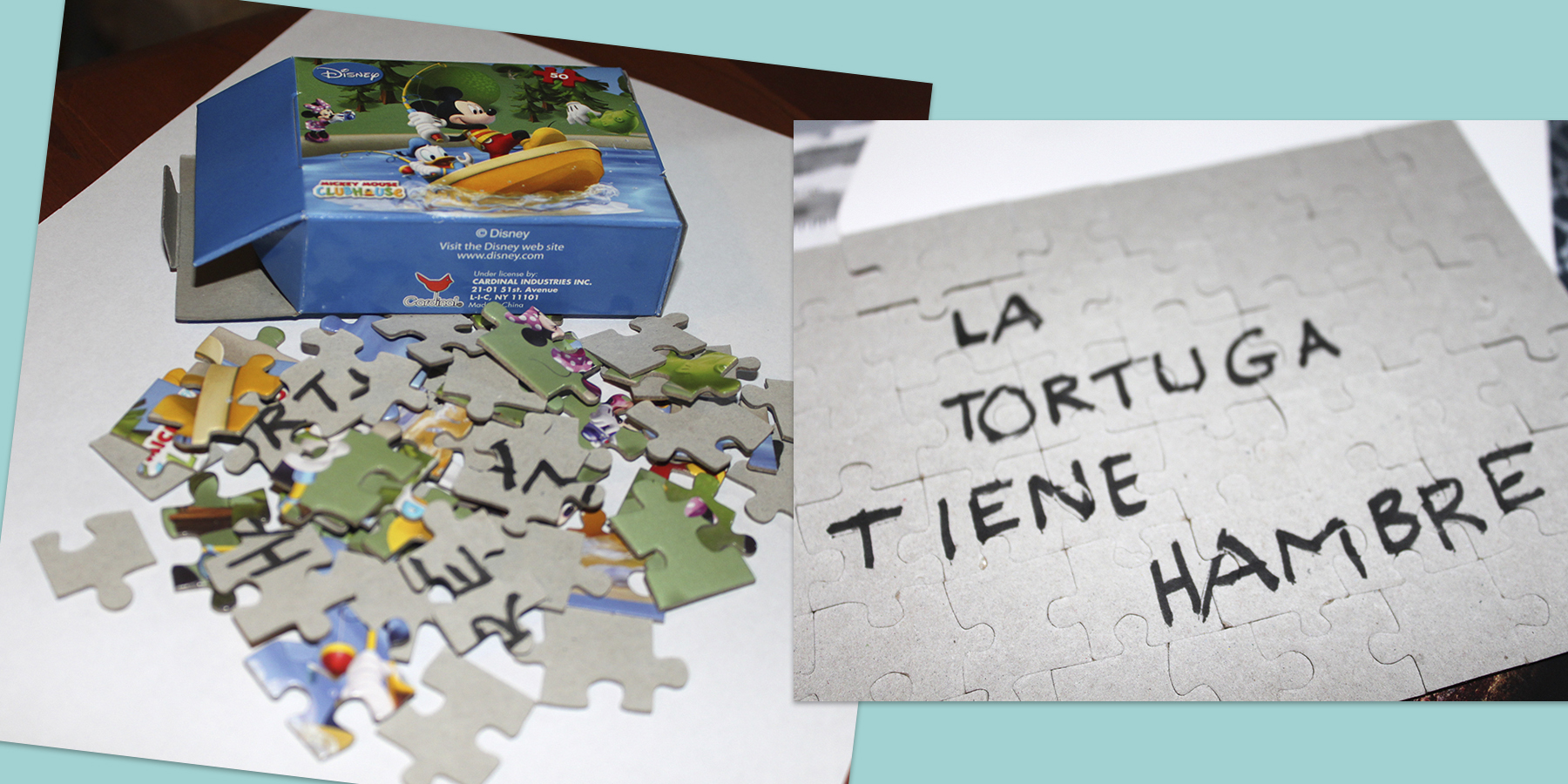 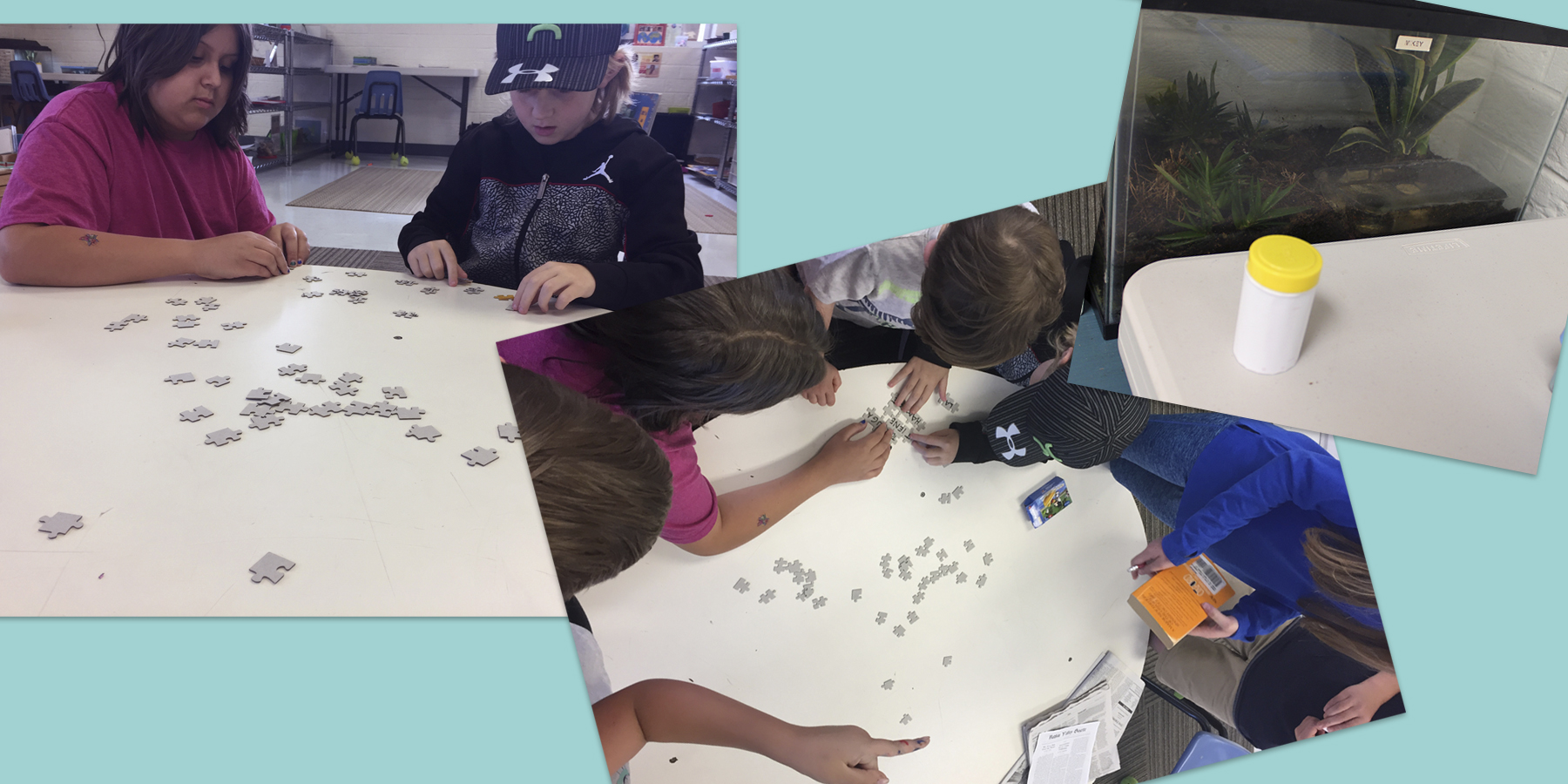 When they found the puzzle, the kids discovered that the next clue was written on the back of the pieces. The quickly put the puzzle together and saw “la turtuga tiene hambre”. The students have been studying Spanish. So they figured out that, in English, the clue would be “the turtle is hungry”. This was telling the kids to go look near our class pet, a turtle. They found the next clue wrapped around the bottle of turtle food. 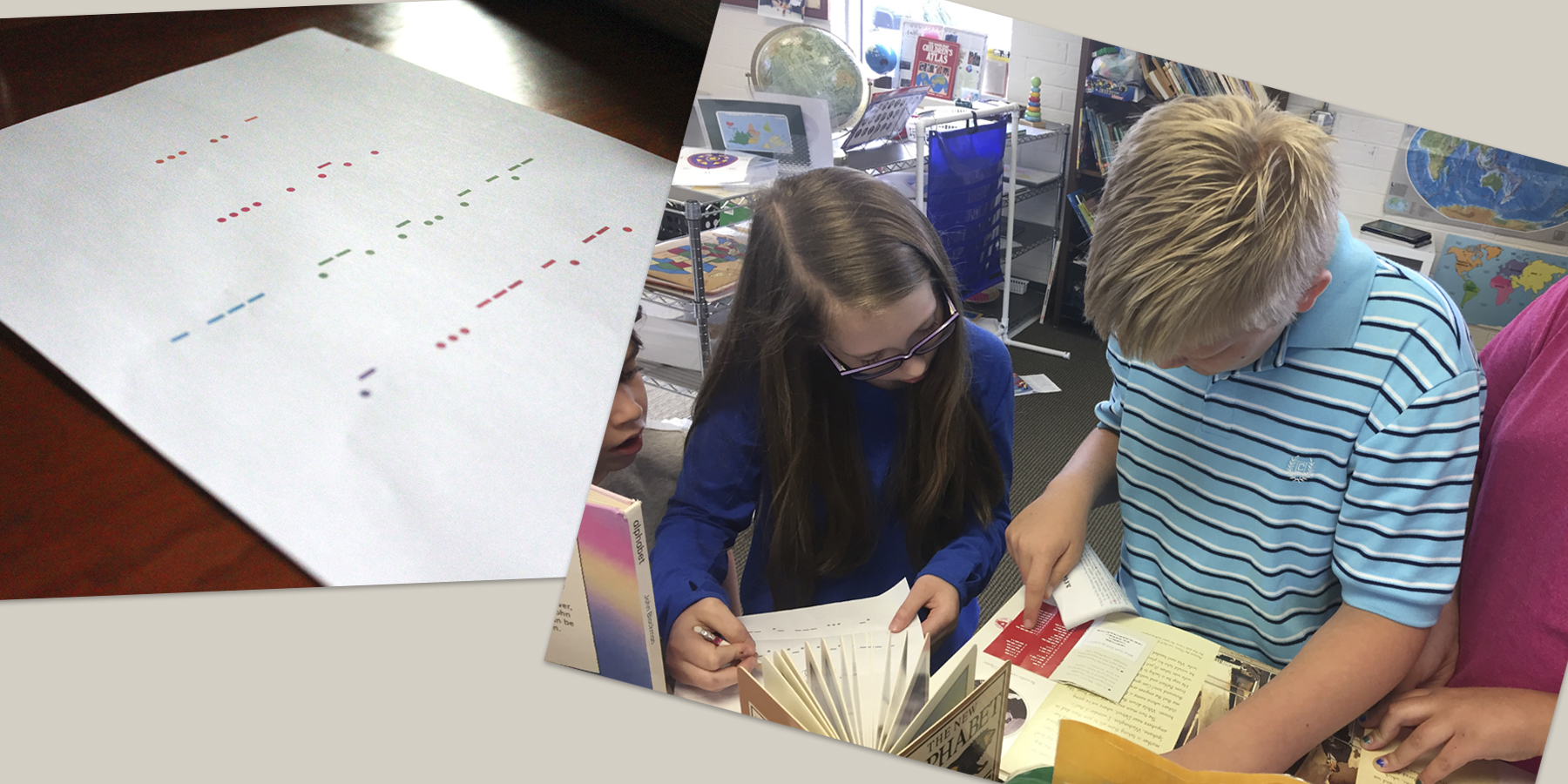 The clue that they found wrapped around the turtle food was in Morse Code. A couple of students immediately recognized Morse Code. They also knew exactly which history book held the key to this code. That was surprising because it was assumed that they would look up the key online. They correctly figured out that the Morse Code clue read, “sit here to play a song.” 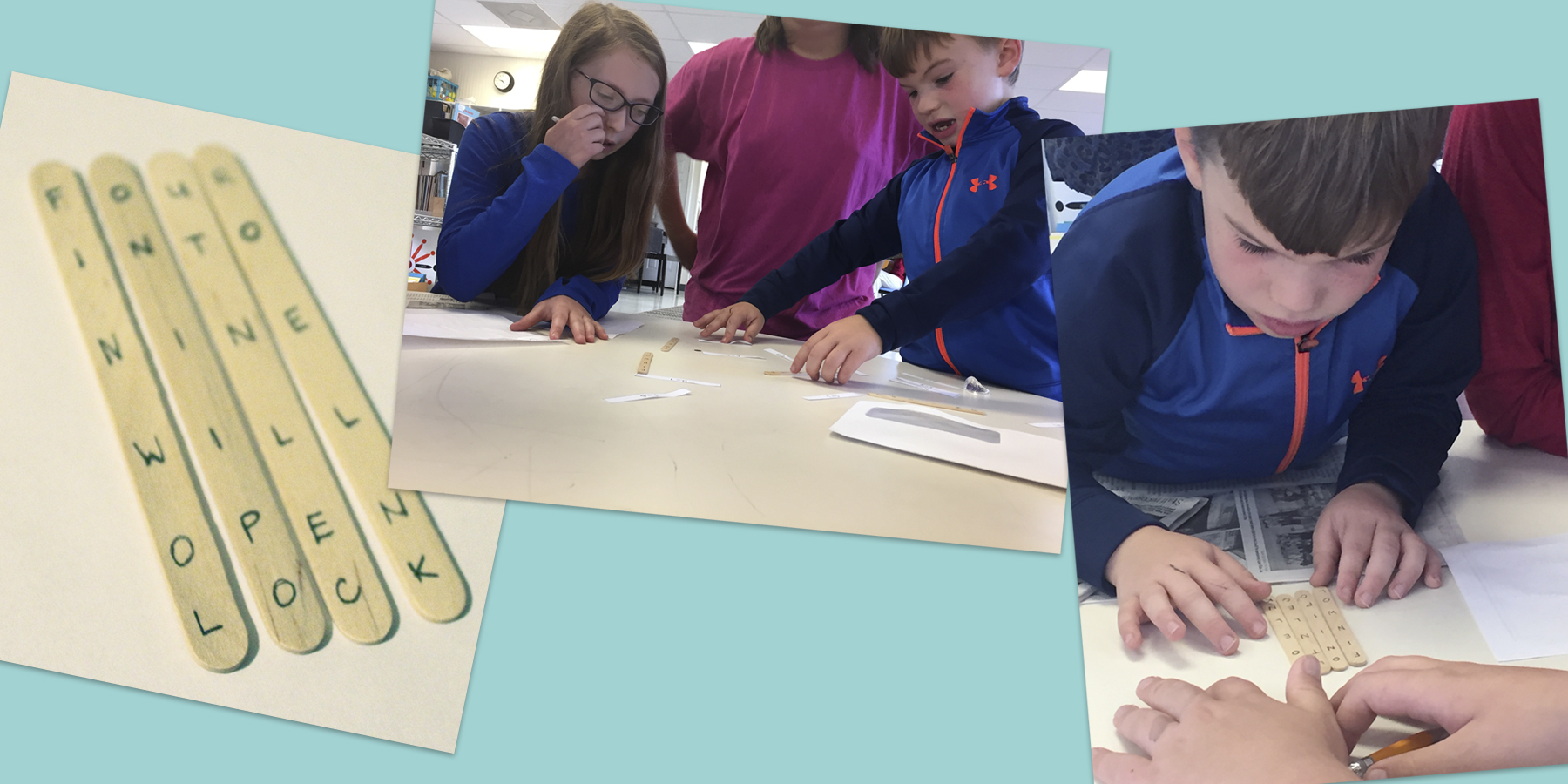 The kids ran across the room to the piano bench, which is where you would sit to play a song. Inside the piano bench they found their last clue. It was four Popsicle sticks with letters. Once placed in the correct order, the letters spelled, “four into nine will open the lock”. The answer to this clue was 2.25. They used that answer to open the lock on the suit case (that was referenced in the original newspaper article). 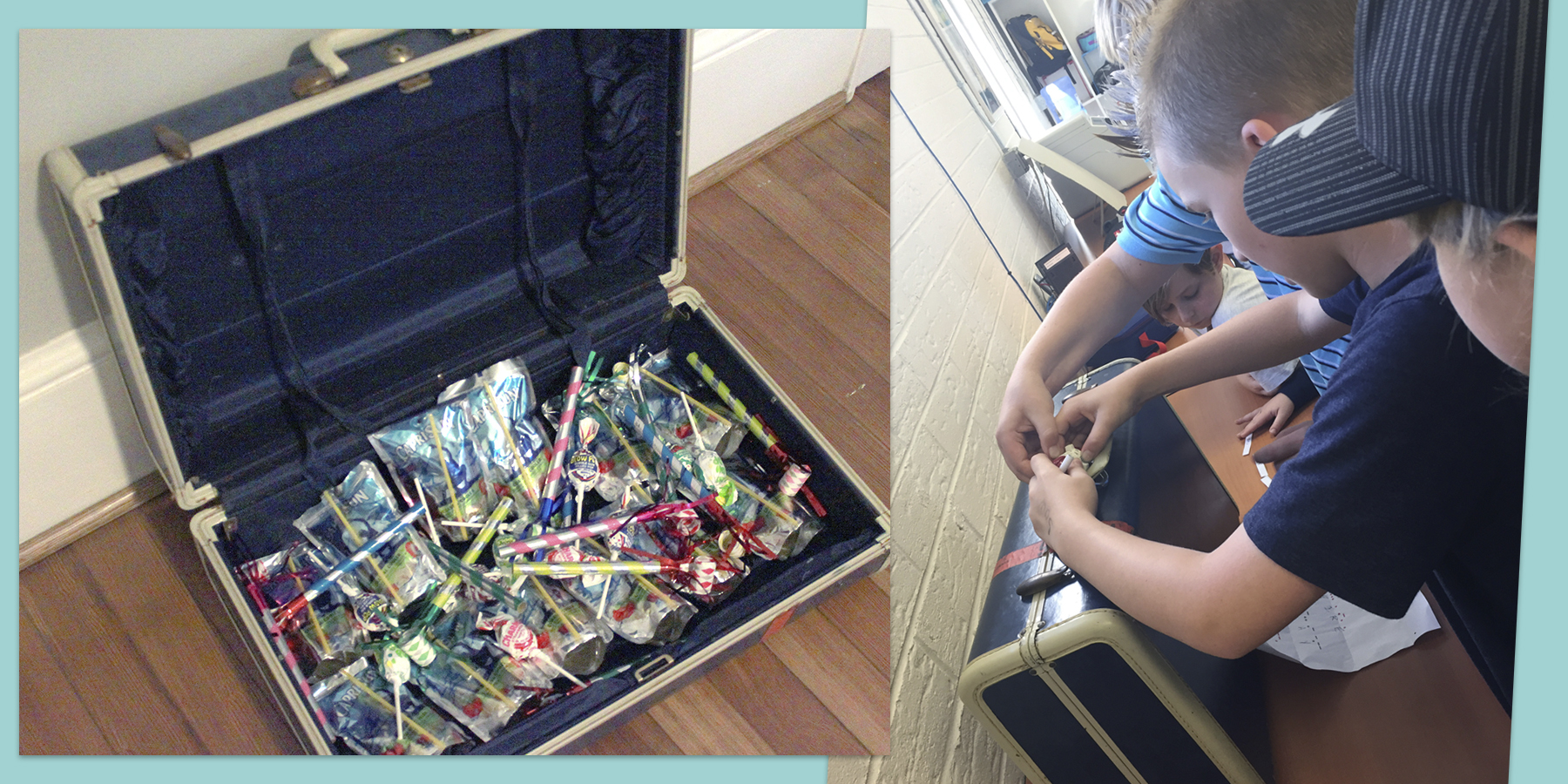 The suitcase was filled with juice boxes, candy and noise makers. Those are not the usual treats that would be given out at our school, but it was the last week of school after all.

The kids had such a good time! This is a great activity for classrooms or parties.